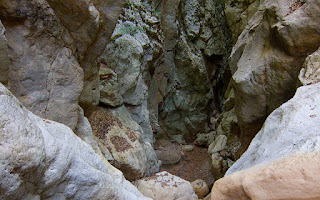 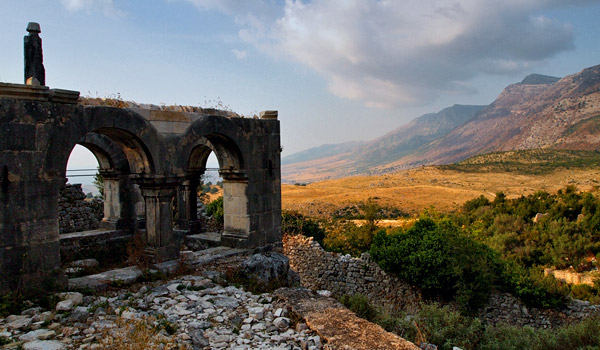 This walk to Tragjas is essential if you want to explore the ancient past and see a rare example of a traditional Albanian village and find spectacular views.

The beautiful ancient village of Tragjas was bombed in 1943 because of partisan sympathies and has been abandoned ever since. It lies on a crescent shaped hill with fantastic views of ancient Orikum.

FIRST, WE NEED TO REACH NEW TRAGJAS, SO TAKE THE SAME ROAD DESCRIBED IN THE RADHIME WALK BUT TURN RIGHT AS YOU COME IN TO VILLAGE RATHER THAN LEFT. 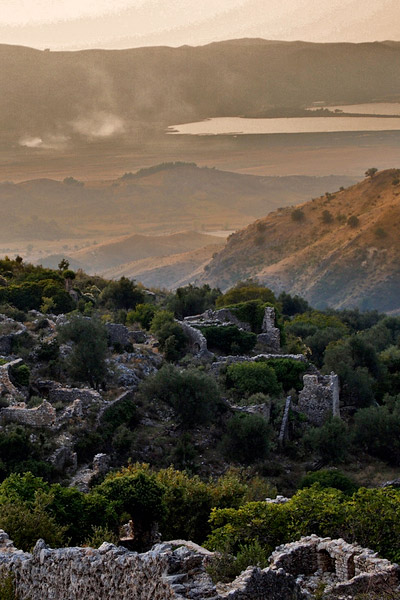 Tragjas village is traditional and by contrast has a new hotel at centre, The Grand Hotel Tragjas . The village has a pleasant bar and war memorial further up if you decide to turn left and explore a little before you go up to the old village.

But if you want to get on with the walk: the village path threads on for about 1.5km and grows more basic. You will find some old curved farm factories at the end of the village to the left, the bright limestone path climbs steeply behind them and zig zags along for about 3Km climbing steeply in parts.

The effort is well worth it because the view back to Orikum and the coast from these high hills is spectacularly beautiful and you can see the impact of the burgeoning new development.

The low pass between New Tragjas and the Old Tragjas village is called the Pass of the Tombs because of the tombs scattered about there. Watch out for these on the right when you reach the top.

Near the top of the hill you will come across a dried up stream and broken down concrete bridge which is about 1Km from the old village. Carry on across it. You will find the village spread out with it?s derelict and houses scattered.

Please beware that this village is structurally dangerous and you should proceed with caution.

Just inside the village is a spring and further on a 300 year old Ottoman var (tomb) with Arabic tablet on top. Also to be found is the Tomb of the Jew recognised by a star of David carving, in honour of a prominent Jewish doctor .

Tragjas i Vieter is overgrown and deserted, when I visited there seemed to be only one resident, the friendly Hasko Xhuvel, his goats and cattle. However you can still get an idea of how special this community must have been from it?s architecture and layout which is intimate and on a human scale.